A Chörten (mchod rten), stūpa in Sanskrit, is a three-dimensional symbolic representation of the Enlightened Mind of the Buddha. It often functions as a reliquary.

Since 3 October 2018, the Great Stupa of Enlightenment contains the bodily remains of the Master Chögyal Namkhai Norbu. 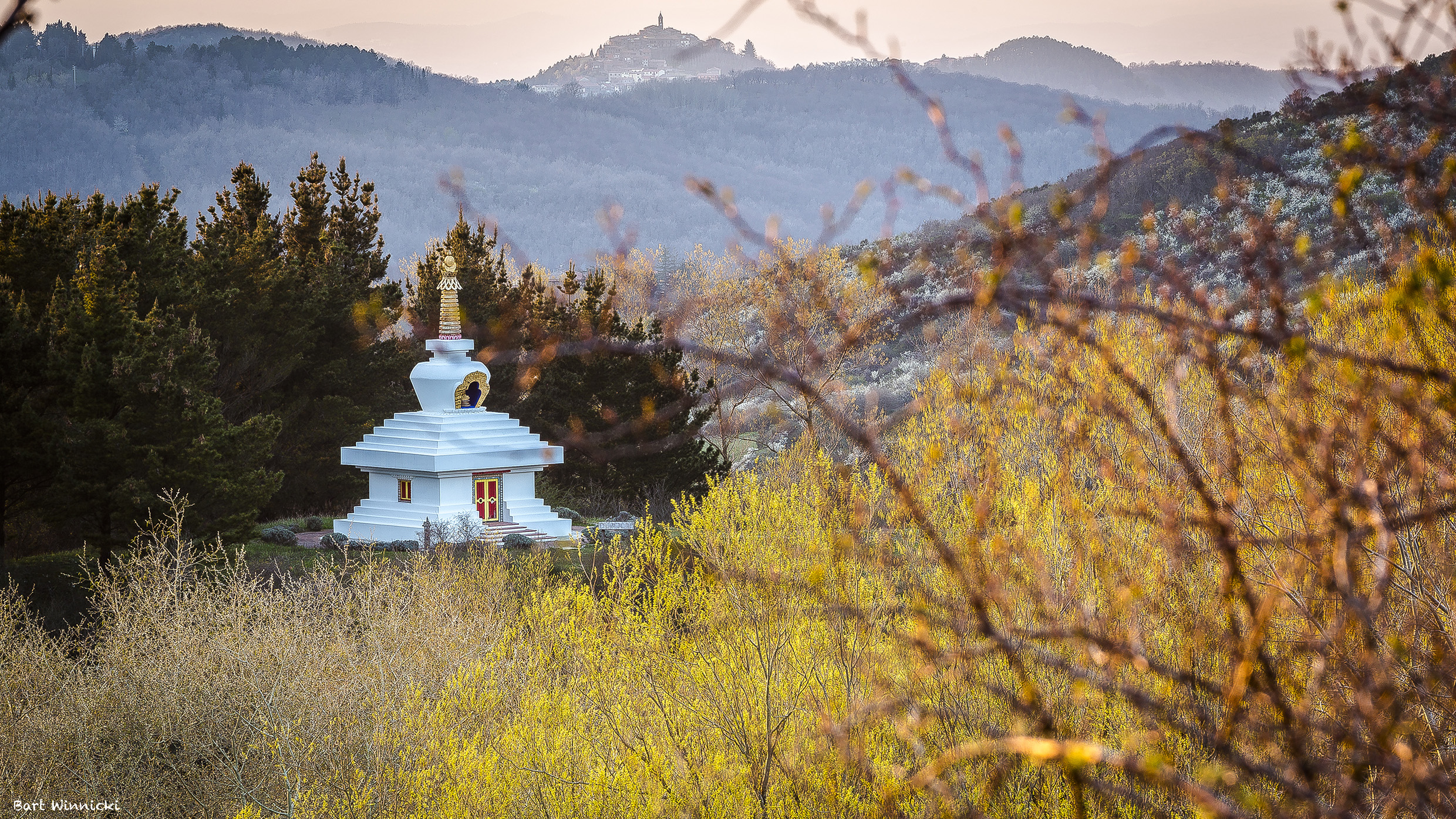 The stupa is a ubiquitous symbol of Buddhism, occurring in every country where Buddhism has been practiced, and in many stylistic variations, from the burial tumulus of Sanchi (third to first centuries B.C.) in India, to the stupa-mandala of Borobodur in Java, the stupas of Swayambhu and Bodhanath (known as Jarungkashor in the Kathmandu valley), to Samye (bsam yas) in Tibet. Originally, stupas were built to enshrine the relics of the Buddha and his most important disciples.

The Mahaparinirvana Sutra tells us that it was the Buddha himself who outlined the basic design of the stupa. The story begins at Buddha’s deathbed. When he realized that death was imminent, Buddha gave instructions about the disposition of his body. He said that his body should be cremated and the relics divided up and enclosed in different monuments. His relics were enshrined and worshipped in stupas by the royals of eight countries where the Buddha lived. Buddhist sources report that in the third century B.C. Emperor Maurya Ashoka ordered that the stupas be reopened and that the relices be divided among 84,000 new stupas that he had constructed. 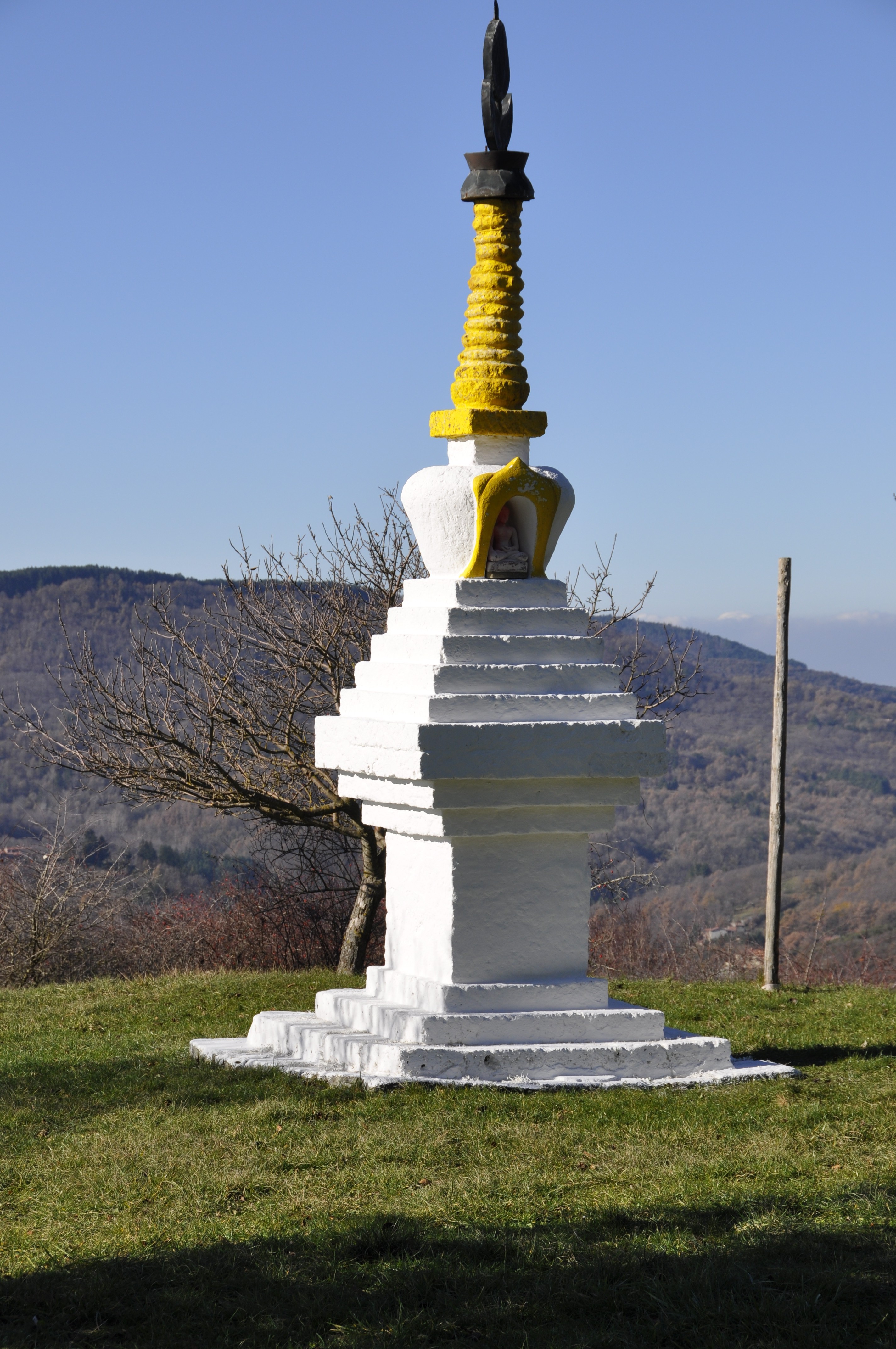 The Small Stupa of Enlightenment was constructed at Merigar in 1983. It is in the vicinity of the Yellow House.

The Eight Types of Stupas

The Great Stupa of Enlightenment is located in a secluded position near a grove. It was inaugurated in 1998. 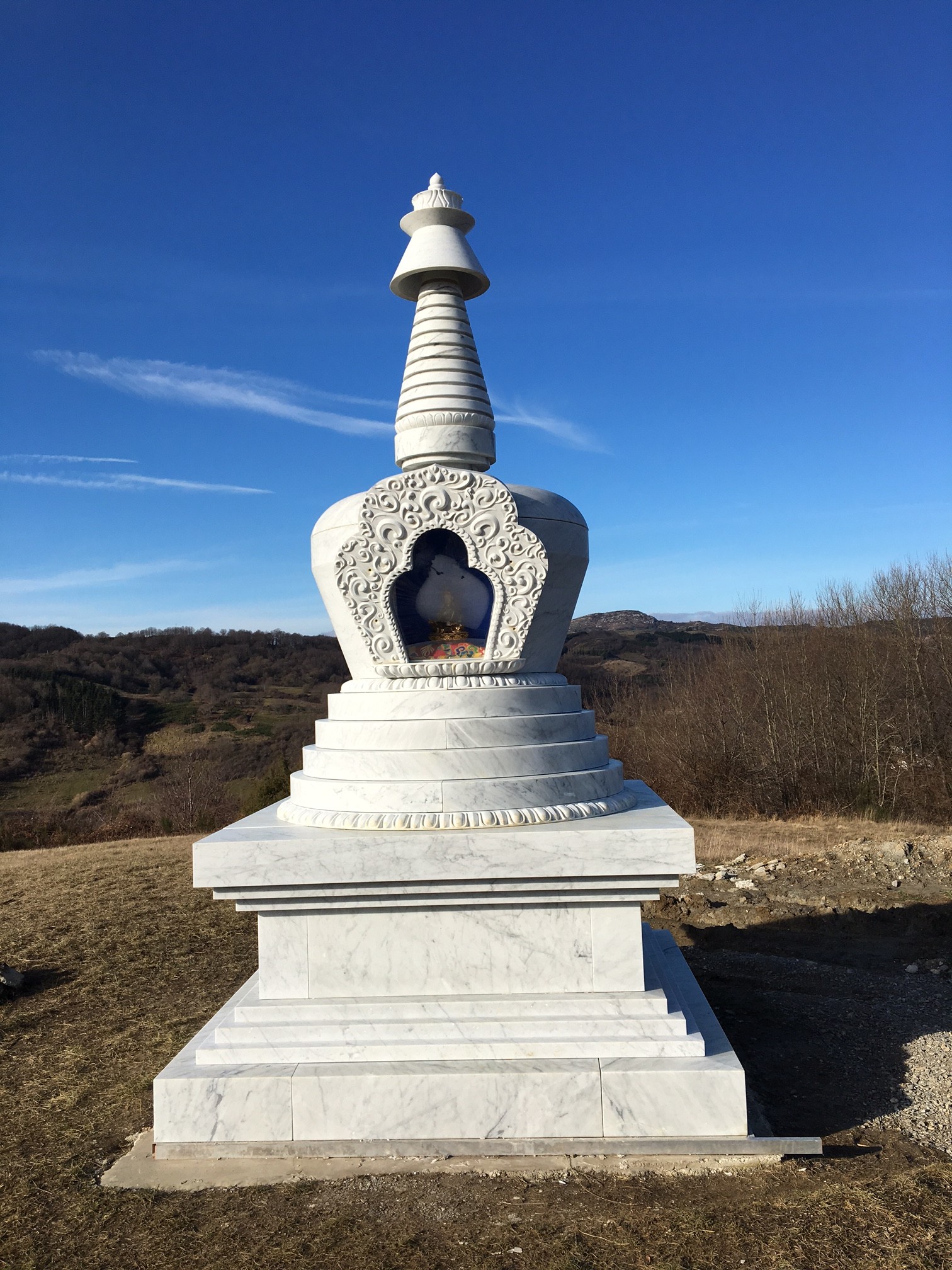 Located on a small hill near the Temple of the Great Contemplation, the Stupa of Blazing Splendor (Palbar Chörten) was built in 2016 in the Complete Victory style. What makes this stupa unique, aside from the precious relics it contains, is that it is made of Carrara marble, renowned for its quality as a building material because it has the capacity to remain intact for centuries.

Stupas can be seen as an expression of the five elements.

The entire stupa represents the ultimate qualities of the Buddha’s mind and is therefore a very precious and sacred object. Making offerings, prostrations, and circumambulating a stupa, as well as offering donations to help build a stupa, are said to create huge amounts of virtue or merit to support one's spiritual practice and become a cause for the quick attainment of enlightenment.

NEXT: THE HOUSE OF ZI (ZIKHANG)