This room in the Zikhang building has been home to courses and teachings since its inauguration in 1987. Since 1990 it has also begun to be used for teaching, studying and practicing the Dance of the Vajra.

There are three different types of mandalas used for the Dance of the Vajra. The one painted in this room is the small mandala, symbol of our dimension and of the planet Earth according to a system of correspondences between microcosm and macrocosm. Performing the dance steps on the mandala symbolizes the principle of integration between ourselves and our dimension.

There have been several mandalas on the floor of this room over the years. The current one, finished in 2010, is characterized by the use of semi-transparent colors on wood that create a spherical visual effect, recalling the planet Earth that the mandala represents. The lines are painted in pure gold. 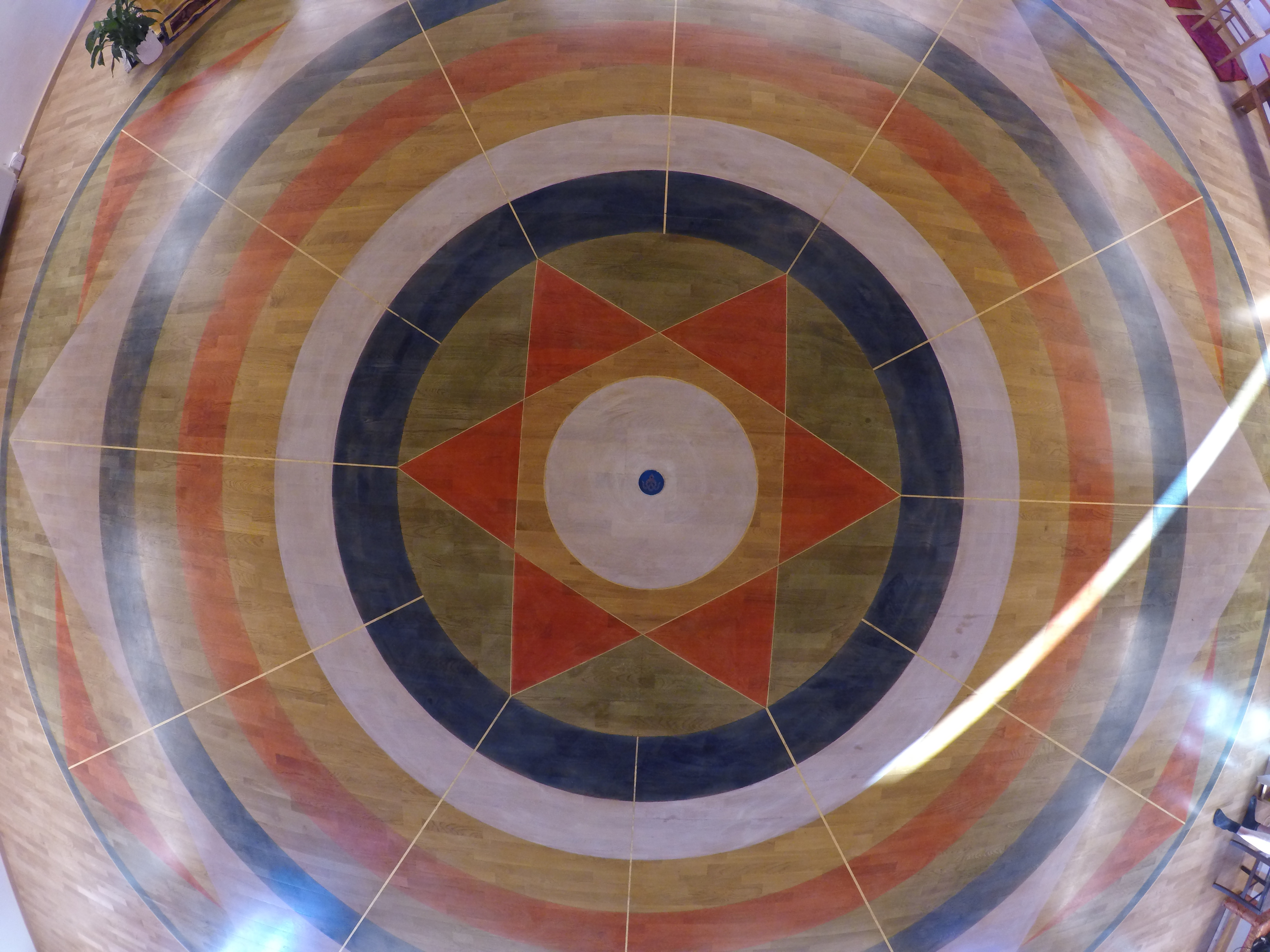 At the center of the mandala is a circle that represents the state without duality, and around it there are two crossed triangles, symbols of the three gates of communication between beings and the world, or the triad of body, energy and mind. The six main subdivisions, which in the small mandala end with the six white triangles, represent the pure dimension of the six realms of existence listed in the Buddhist tradition (gods, gods, men, animals, ravenous spirits and infernal beings) symbolized by the mantra syllables of the primordial Buddha Samantabhadra.

The mandala can also be seen as a two-dimensional representation of our globe: the small blue point in the center is the North and the South Pole; the colored rings, called thigle, are the parallels; and the golden lines leading from the center to the top of the white and red triangles are the meridians. The five colors represent the five elements and their functions. 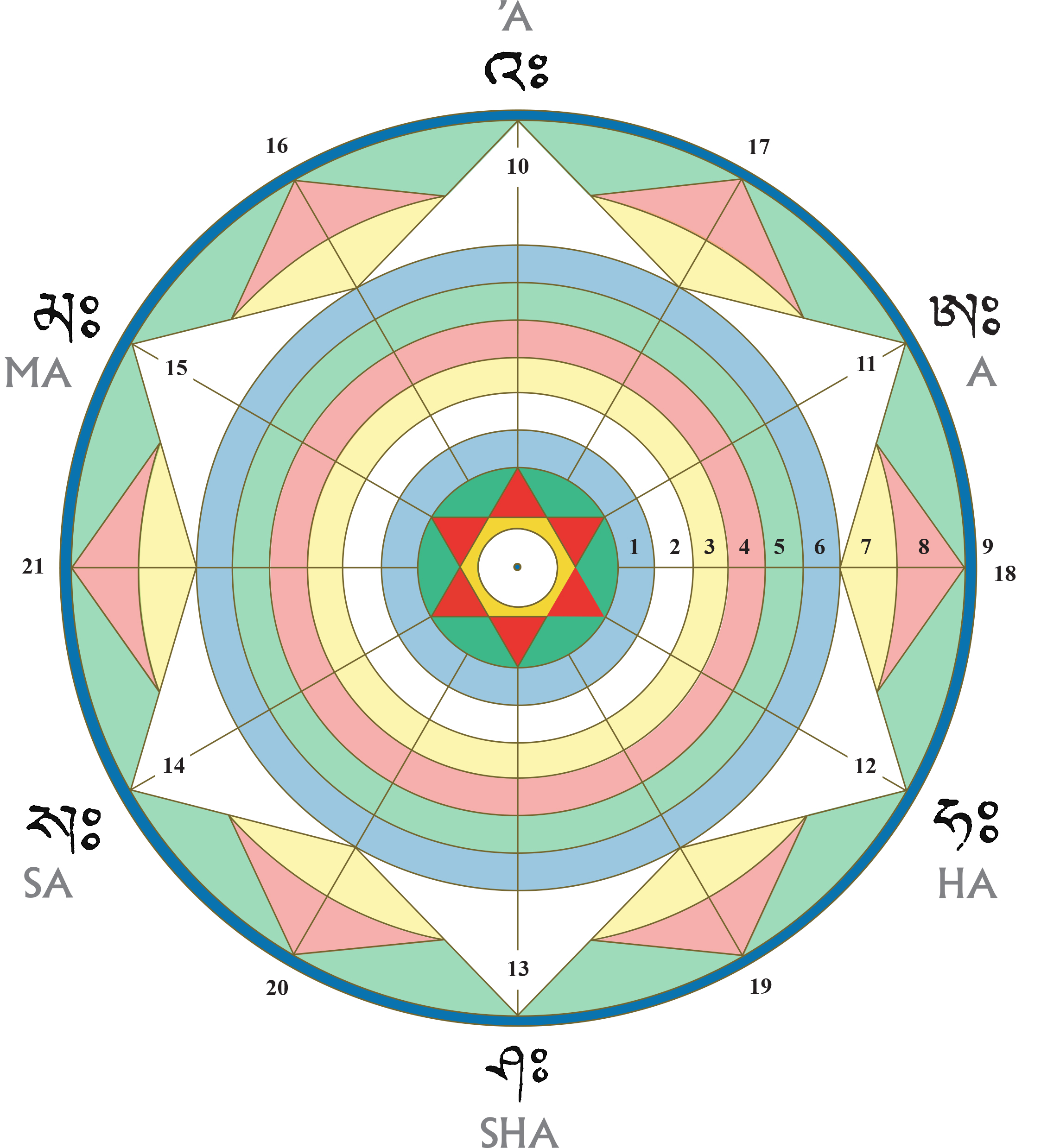 In addition to the Danza del Vajra, this room is often used for other activities of Merigar and hosts artistic and photographic exhibitions.